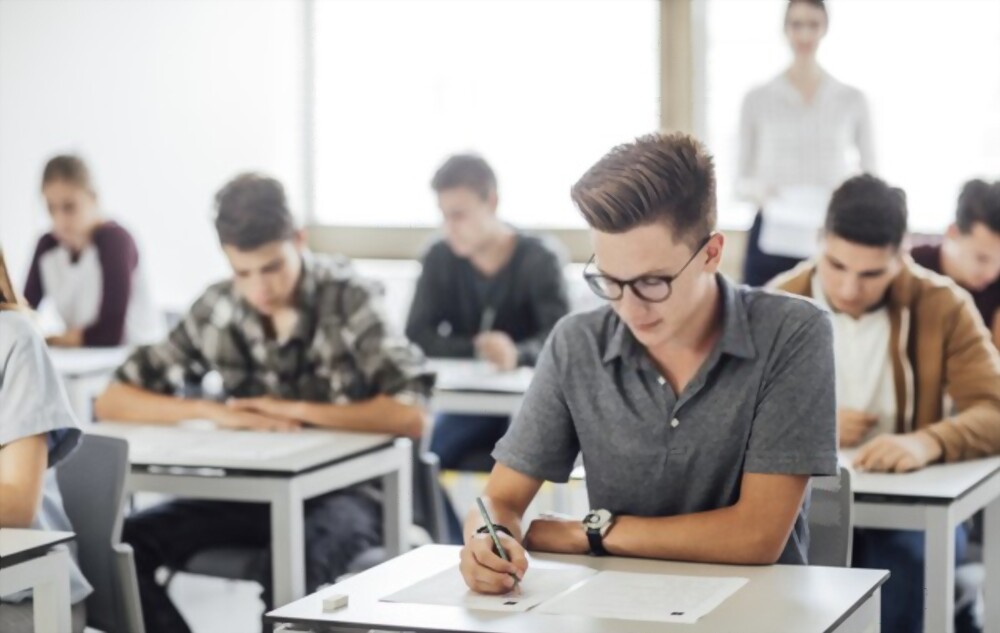 A new landscape are in front of this year's candidates who will take Pan-Hellenic exams in June 2022. Changes in the courses, in the computer, the composition of the scientific fields and the departments, the minimum entry base and the lesson-subject to the nationwide exams. - EPAL

Changes to the computer report for the Pan -Hellenic Examinations of 2022 have been announced by the Ministry of Education. The computer bulletin? The right thing is the newsletters as we will have three in 2022!

Four new Departments of Military Schools will include the new computer, which will be required to fill in the nationwide exams of 2022

These are the following sections:

2. Changes of Departments in Scientific fields

For the admission to the Department of Maintenance of Antiquities and Art of the University of Western Attica, from the academic year 2022-2023 (Pan-Hellenic 2022) and hereinafter, in terms of special courses, the candidates will be examined only a special "free plan".
The above changes to the integration of schools into the scientific fields are applied from the school year 2021 - 2022 (Pan -Hellenic 2022).

4. Latin instead of sociology

The lesson of sociology is replaced by Latin. The change has caused a great deal of concern in the industry, and will even negatively affect the candidates - this year's graduates - of the Humanities Orientation Group that will re -examine the year and who will be called upon to be examined in a lesson that have not been taught at school.

5. IT Bulletin - Panhellenic 2022: The new procedure for this year's candidates - the two -phase computer bulletins

Article 3 of Law 4777/2021 "Introduction to Higher Education, Protection of Academic Freedom, Upgrading the Academic Environment and Other Provisions" specifies the "two -phase computer bulletin" and the process of submitting it to the Pan -Hellenic Examinations of 2022

This year's Daily and Evening Candidates GEL to participate in the Pan -Hellenic Exams of 2022, after completing the exams and the notification of their final performance in the nationwide courses, special courses and practical tests, as well as the disclosure of the results of the skills will complete a computer bulletin Universities (called First Phase IT) and there is also the possibility of completing a computer bulletin to claim a post in public IEKs (this is called a parallel computer bulletin and submitted during the same period of the first phase computercase).

Following the announcement of the successful candidates, candidates who have not been introduced in any of their stated choices can re -fill in a candidate's computer bulletin (second phase computer), choosing, without limiting options, as many schools, departments or introductory directions from The scientific field in which they have access to the EBE. or EBE of the special course or the special courses or practical tests of the relevant School, Department or Introductory, if such a case is met, the EBE. per school, department or introductory direction and their scoring performance.

In this process, candidates are claiming the positions of the relevant Schools, Departments or Introductory Guidance, which were not paid during the first phase of the procedure. The process of submitting a second -phase computer bulletin can also be attended by candidates, who submitted a parallel computer bulletin (claiming a position in a public IEK).

It should be noted here that the candidate is prohibited at the same time in a school, department or introductory direction. and in a Public Vocational Training Institute (IEK)

The graduates and the candidates, who are involved in the Pan -Hellenic exams, may express interest to cover a trainee in a public IEK. by submitting a parallel computer newsletter as a specific number of posts from public IEK, which is determined by decision of the Secretary General of Vocational Education, Training, Lifelong Learning and Youth of the Ministry of Education to be covered by graduates and candidates of the Pan -Hellenic Learners and Youth. Examination of the school year concerned. The parallel computer bulletin is submitted during the same period of the submission of the first phase. Candidates participating in the Pan -Hellenic Examinations of 2022 may submit both the first phase and the parallel computer bulletin.

The method of drawing up the ranking tables, the selection criteria, the way of lifting the tie, as well as the time, place, place and manner of announcement of the results, are set out in the IEK Rules of Procedure.

The curriculum - examination material of the nationwide examinations of the 3rd grade of daily and evening GEL for the school year 2021-2022 was determined.

The relevant decision by the Deputy Minister of Education, Zetta Makri, published in Government Gazette, specifically reports on the lesson of Modern Greek Language and Literature that the examination is unified and is made in unnecessary texts, literary and non -literary texts.

Examination of the material is defined as activities that serve and control the achievement of the purpose and expected results of the lesson teaching.

(a) Understand the linguistic form of texts and their textual characteristics, the relationship of language and the organization of the text with the occasion and purpose of communication,

(b) To interpret and critically approach the texts with the aim of exploring the way in which ideas, perceptions, prejudices about man, society and the world are represented, (c) compare texts in the two previous dimensions aimed at identifying Similarities and differences between texts in language, medium, semantic ways, text species, representations of reality, how to approach the subject, etc.

(d) Produce texts, based on the studies studied with the aim of: (i) the transformation of the language and meaning structures (meanings) of texts and/or (ii) the concise presentation of the content of the texts and iii) the wording and expression of their own views , in a communication context, about specific questions asked in the texts.

II. For Literature, Metases and students should be able to place/respond with an interpretative comment on the subject or question that they themselves believe in the text, utilizing combination of textual indicators between them or with relevant elements, in order to document the personal positions and responds.

More specifically, the student is expected to be able to: - to identify who, in his opinion, the subject of the text - to record the question or questions that arise The author handles his/her theme - to evaluate which of the questions is more interesting to himself and to support his/her interpretative comment. Finally, pupils and pupils must substantiate their answers with references to the text or to specific textual indicators.

The Government Gazette defines the material for all courses of all four orientation groups.

View the teaching/examination material for GEL

View the teaching/examination material for EPAL

The gravity coefficients attributed to the nationwide courses are determined (until May 31) by decision of the Senate of the relevant AEI, which is issued upon the proposal direction.

In the case of the introductory directions the proposal shall be submitted by the Department to which they are subject.

The gravity factor attributed to each of the four nationwide courses is expressed in percentage (%) and may not be less than 20%.

Schools, departments or introductory directions, the introduction that requires the examination in one (1) or two (2) special courses with the selection of candidates among more, attribute the same gravity factor to all special selection courses, which are either 10% or 20%.

The percentages of special courses are added to the 100% attributed to the four (4) nationwide courses. If for any reason, an admission institution does not determine the above gravity factors, they shall be determined by decision of the Minister of Education and Religions.

The gravity factors referred to in the preceding subparagraph shall be attributed to the nationwide courses by scientific field and are used for admission to schools, departments and introductory directions of the relevant science field, for which they have not been designated by decision of the Senate.

The gravity contributors to the military, police, firefighters, port and jokes have already been determined.

Changes are expected to look at the minimum entry base. After this year's Patrak where the oxymoron candidates who had gathered 19 and 20,000 molecules were observed, not succeeding in their preference school because of the EBE.

The reactions from the entire educational world were deafening. And while the minister remained unmoved in her opinion and did not withdraw with regard to this leveling measure, it is expected that corrective moves are expected to be made after Niki Kerameos urged them to submit proposals on how to introduce HEIs while inviting them to modify them. The EBE contributors set for the Pan -Hellenic 2021, if they wish.

Candidates of the Military Schools of the Police Schools and the Fire and Coast Guard Schools will not take the preliminary examinations in June 2022, but next October or November.