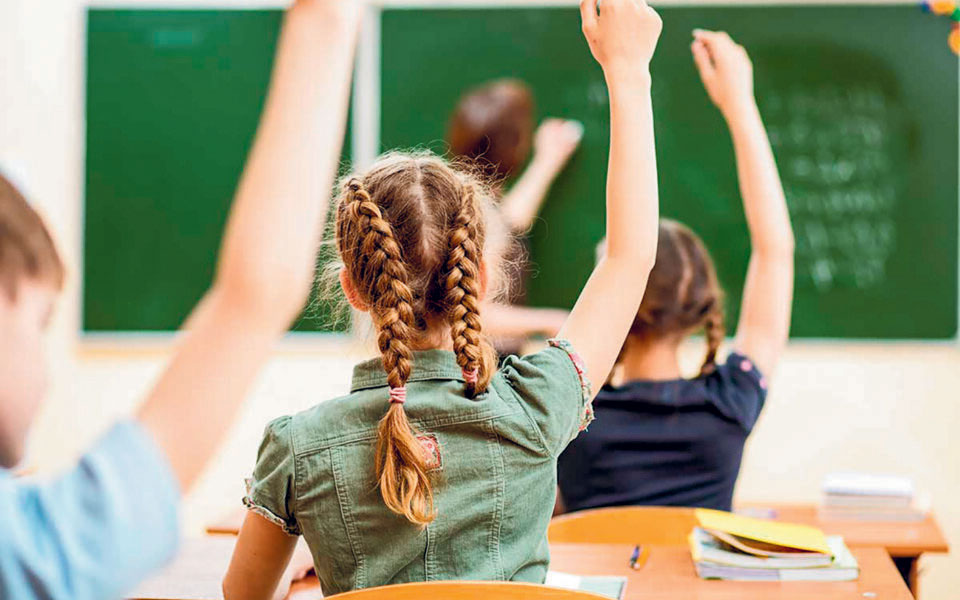 School: They all change in ancient Greek

The course will be taught with new, rationalized and reduced matter

Euripides's "Trojans" or "Alkistis" will now be taught in the Gymnasium instead of "Helen" of the same tragic. Homeric epics will be taught whole, while changing teaching methods and reduces course material.

These are key changes that reflect the philosophy of the new curricula (PS) of ancient Greek in the Gymnasium, presented by "K". The PS They are part of the design already announced by the Ministry of Education for a total of 166 new curricula, which will be implemented by 2022-2023.

Specifically, speaking to "K" Mrs Maria-Zoi Fountopoulou, Professor of Methodology of the Teaching of Ancient Greek Secretariat at Pan. Athens and Supervisor of the project at the Institute of Education Policy for the new ancient curriculum in the Gymnasium, he said that his innovations were found as follows:

- The texts to be taught in four of the six books are changed and the Homeric Rhapsody to be taught to be taught in the 1st and Second Gymnasium. Specifically, the 1st and 2nd Gymnasium is adopted anthology of ancient Greek texts in original linguistic form, different from today's, structured in theme centers, familiar to the children of the age group 12-14. In the same classes, the whole Homeric epics will be distributed (the Odyssey in the 1st and the Iliad in the Second Gymnasium), so as not to lose the whole, and will be taught without content gaps, sometimes summary and sometimes not, all rhapsody. The selected yields of the Ephesus in Modern Greek are amended compared to the applicable ones. For the first time, the "Alexander" of Plutarch, a complete ancient Greek text in original linguistic form, biographical content, is introduced for the first time. In the same class, it will be chosen by the philologist for teaching either "Alkistis" or the "Trojans".

- The curriculum is developed in parallel with the PA. of Modern Greek, to highlight the single character of our language.

- The common teaching approach of the texts is adopted either in original linguistic form or in modern Greek efficiency, so that the course is not regarded as distinguished in two individual areas: original and modern Greek performance.

According to Mrs Fountopoulou, "Students and teachers are often trapped in standard teaching methods, in the view of ancient Greek as a foreign language, in questioning the teaching of the lesson, in the inability to be persuaded and persuaded, respectively. Autonomous and not as part of someone else, such as literature and/or language.

This problematic comes the new PS. of the lesson in the Gymnasium to manage and resolve to a degree, by carving clear directions towards the need to start the study of ancient Greek by Modern Greek, to release from the study of grammar and syntax as demanded rather than a means of expression , to update the teaching and learning methods and to provide "guided self -action" to the teacher who is called not to apply but to choose, to adapt, to evaluate, to modify, to take initiatives and not to adopt prefabricated and, perhaps, , teaching and learning models. "